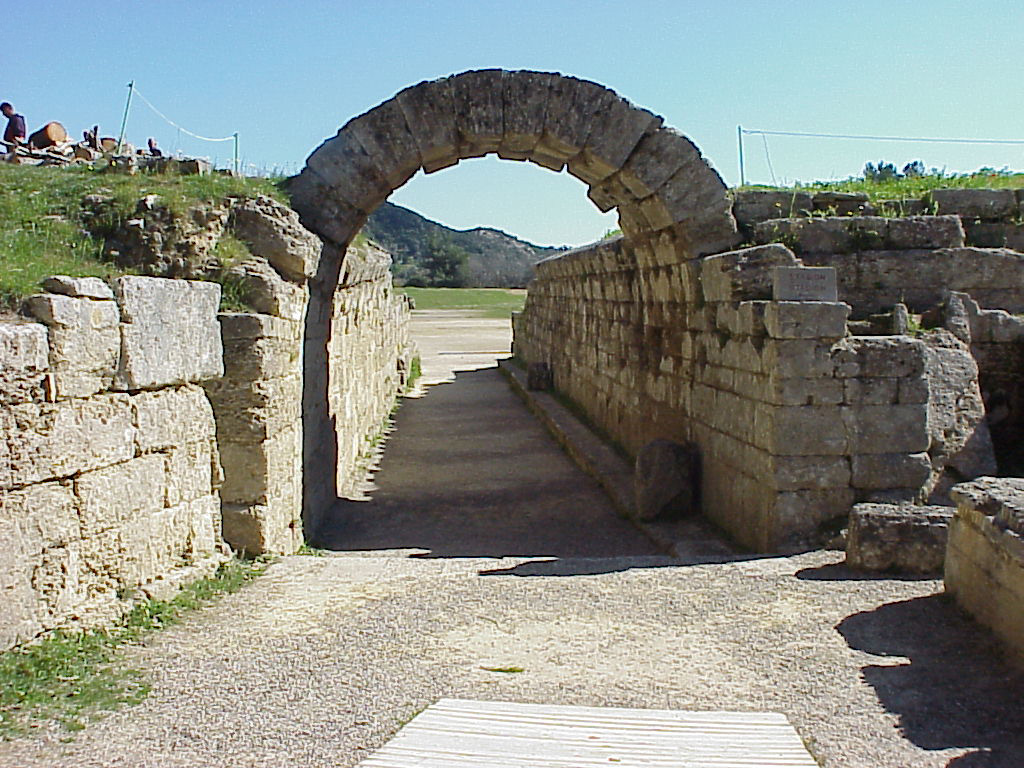 The Olympic Games come from the ancient Greeks (the people were called “Hellenes” in Greek. Hence today the “Hellenic” Olympic Committee is the “Greek” Olympic Committee). The Olympic Games (sometimes simply referred to as “the Games” or “the Olympics”) were a religious celebration (or festival) in honor of the Greek God Zeus. It was the biggest and most important religious festival in ancient Greece.

But there were many other religious festivals in Greece that included athletics (or sports) as Games. These Games were part of the religious celebrations and are the most important ones are known to us today as the Pythian Games, Nemean Games and Isthmean Games.

The Olympic Games were celebrated at the beginning of an Olympiad, a period of time that lasted four years. It was the basis of the Greek calender. Every four years there would be the “Games of the XYZ Olympiad” and athletes, musicians, artists and religious faithful would travel through Greece to attend the Games to honor Zeus. For more information on the calender known as the Olympiad go to the article The Olympiad, Calenders & Time. 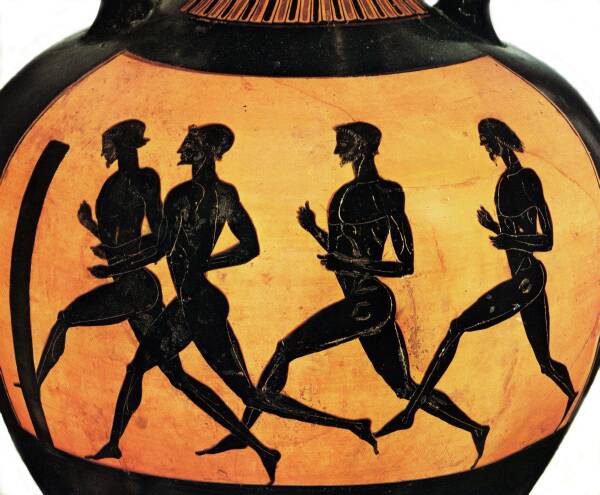 The Eleans were responsible for organizing this quadrennial (every 4 years) religious festival and they were protected by a Pan-Hellenic “truce” that barred warfare in this sacred precinct. The meaning of the Olympic Truce is misunderstood by most modern historians, journalists and writers who usually just re-write the mistakes from older history books. Writers have perpetuated these incorrect “facts” for many years by simply not doing proper research. See our article about the Olympic Truce here.

The Olympic Games was part of the religious festival that honored the Greek god Zeus.  The program of events included religious ceremonies, singing, and various athletic events that changed over the course of decades and centuries. The following events took place over the course of 1100+ years:

Only the winners were given an award, and the award was a crown, or wreath, make off branches and leaves from olive trees. However the winners were heroes to their hometowns and were often rewarded richly by the hometown.

Women were not permitted to watch the Olympic Games, and of course they did not participate other than as the owner of the horses for the equestrian events. The names of the victors were recorded on Victor Lists that have partially survived, however most of the record is lost. We do not know the names of all Olympic victors in ancient history.