Opening Ceremonies of the 1996 Olympic Games 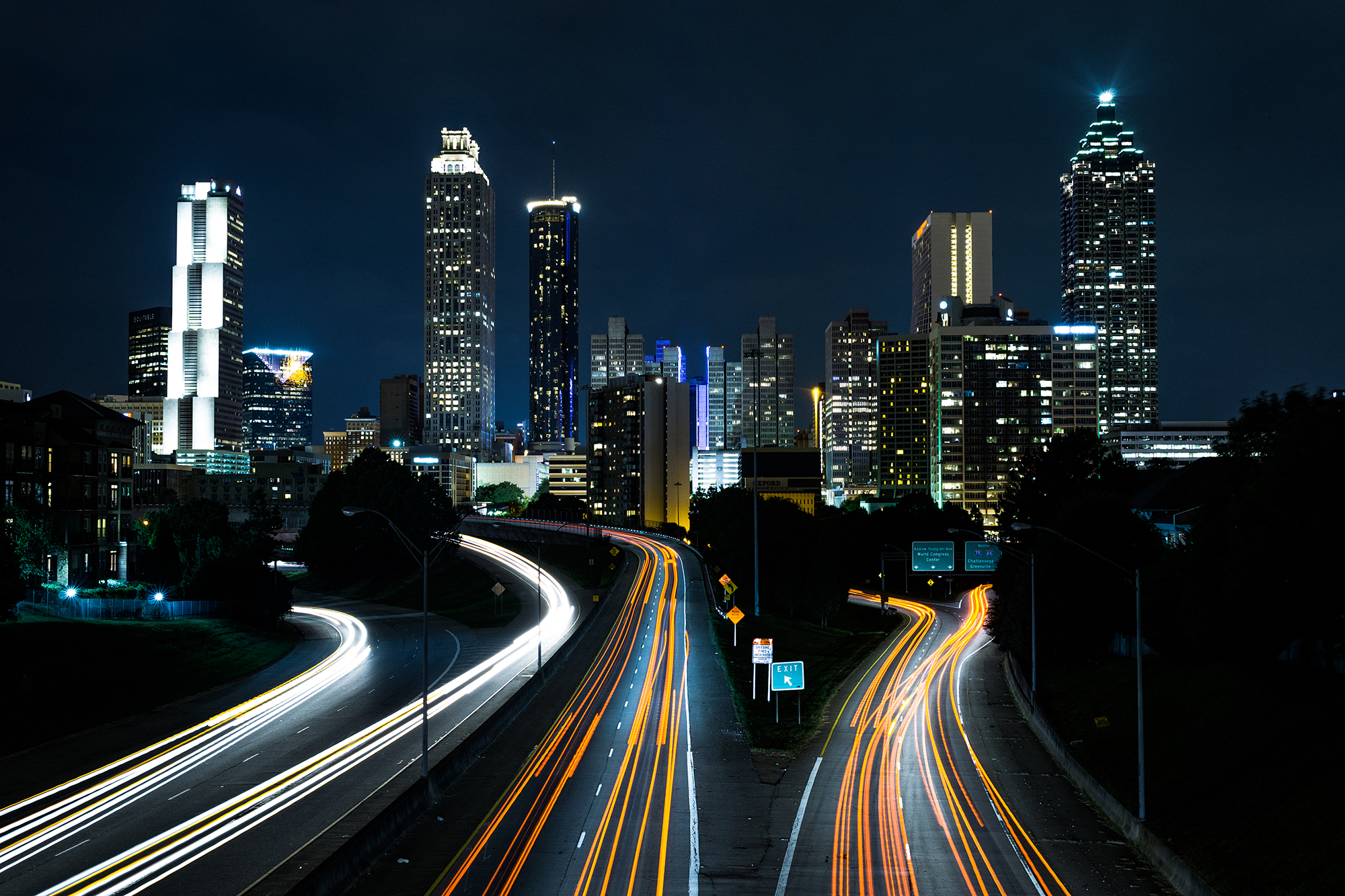 The 26th Games of the Modern Olympiad were a very special occasion for the Olympic community, the Olympics were a hundred years old and as part of the celebrations the Atlanta Games were subtitled “The Centennial Games” and as the clock in the stadium counted down to 8.00pm Eastern Daylight time on July 19th 1996, the past twenty five Olympics were displayed in order which was followed by a replay from the last Games in Barcelona four years previously calling on the youth of the world to gather. As if answering the call, a billowing yellow sheet appeared at end one of the stadium as the yellow spirit of the Olympics Rings gave his own call, a few seconds later he was followed by the blue spirit issuing her own call, then came the green spirit, the black spirit and finally the red spirit all summoning their followers to celebrate the centenary of the Olympics. Their folllowers answered the call with a thousand percussion instruments and pleased with the dedication of their followers, the spirits sent down mascots of themselves to join the followers and endowed with the spirit of the Olympic Rings, along with four hundred and fifty children formed the Olympic Rings and the number “100” to honour the Games. Also to mark the occasions, John Williams (back for his second opening ceremony) had penned a composition called “Summon the Heroes” and as that was played by the orchestra the Olympic Rings and 100 changed into a map of the world and a dove of peace.

By now, the sun was starting to  set over Atlanta, and as military tradition dictates the colours were trooped and were brought in by representatives of the American armed services and at the same time two hundred and fifty members of the Atlanta Olympic Marching Band entered and unfurled a flag showing the emblem of the Games which was followed by the raising of the American flag and the singing of the national anthem and as it says in the lyrics “By the twilight’s last gleaming, our flag was still there!” and to honour this a fly-past of the eight-member US Air Force Thunderbirds in their F-16C Fighting Falcon aircraft lit up the now dark sky over the stadium.

Having done the formalities, it was time for Atlanta to introduce itself to the world and it did so in a typically Southern manner with 500 cheerleaders, 170 precision dancers, 180 steppers, 24 doggers, and the 300-member Southwest DeKalb High School Marching Band and, it would be remiss not to mention the thirty chrome trucks and between them all formed the word “Atlanta” and creating the first Olympic mashup between the Olympic hymn and the song “Welcome to the world” encouraged the audience to perform a Mexican wave that caused five streaks to become visible and prompted the gathered people on the stadium floor to ask “How y’all doing?” thus formally welcoming the world to Atlanta.

But we cannot forget that Atlanta is just one tiny part of the state of Georgia, and so it was time for the rest of the state to welcome the world and what better way than for a rendition of the state song “Georgia on my mind” sung by Gladys Knight of Pips fame as an introduction to a “Southern Summer Night” and to the strains of “Summertime” by Gershwin, the fireflies that populate the state of Georgia came out and put on a show, then came the butterflies (not to be outdone) which in turn was followed by that other staple of the south, the showboats and paddlesteamers that ferried people and goods up and down the Mississippi and on board where all the southern belles and their husbands. And as the song says “Old Man River, he just keeps on going!, but then a storm blows in, as the south knows from experience, but this wasn’t just a hurricane this was a political storm. The American Civil War caused by the southern states refusing to enact the policy of abolition rent the country asunder and even as late as the 1960’s, segregation was rife in the area, but after every storm and hurricane, the land is able to recover and the South is no exception and with a mighty “When the Saints Come Marching in” the South states its claim as a dynamic region in the modern United States.

As has been alluded before, these were the Centennial Games, the 26th time since 1896 that the world had gathered to mark the ancient tradition of the Olympics and so to celebrate this, Atlanta gave us a reprise of those ancient Games as a modern day temple of Zeus was erected in the stadium and those, deemed worthy to take part in the ancient Games, entered and a cloth raised which turned them into Olympic heroes as we were treated to a demonstration of those ancients sports. The javelin, the discus, using a bow and arrow, wrestling and of course running and as they did, outside the odes to the Olympic heroes were being read. Then came the moment of the crowning of the wreath, and the hero, having proved himself at the sports of the ancient Olympics knelt down to receive his reward and in doing so, became forever immortalized on the vases of ancient Greece. It was these Games that inspired Baron Pierre de Coubertin to recreate the Olympics in 1896 and as his voice booms around the stadium, recreating that moment, the spirits of the Olympic Rings rise up again and call upon the athletes of the world to answer his call which they do in the tradition that we know so well, with Greece answering the call first. The speeches of the chairman of the organizing committee and president of the International Olympic Committee also recognise the Olympic century and President Clinton declares the Games officially open thus allowing the arrival of the Olympic flag and for the first time since those first games in 1896, the hymn “Simple Things”, the first Olympic hymn and is followed by the doves of peace as a hundred children fly kites in the shape of doves through the athletes gathered on the field and as they do, the words of Martin Luther King ring out.

When you have a celebration you need some special guests to attend, so Atlanta has invited some past Olympic champions to the party. From the 1956 Games in Melbourne, Dawn Fraser (AUS) who won gold and silver in the freestyle, from the 1968 Games in Mexico City, Bob Beamon (USA) gold medalist in the Long Jump, from the 1972 Games in Munich Mark Spitz (USA) who in those one Games won four indidvual golds and contributed to the American team golds in another three swimming events, from the 1976 Games in Montreal Nadia Comaneci (ROU) who became the first gymnast ever to score 10.000 in an exercise at an Olympics, from the Moscow Games of 1980 Teofilo Stevenson (CUB) winner of the heavyweight boxing division, from the Games of 1984 in Los Angeles Carl Lewis (USA) star of track of field, from the 1988 Games in Seoul Greg Louganis (USA) who after clonking his head on the diving board in the 3m springboard competition not only managed to win gold, but won gold in the high board competition as well and from the last games in Barcelona 1992 Vitaly Scherbo (EUN / RUS) who won five indidvual gymnastics titles. But the party guests have finished yet, the next one is really rather special. Leon Stukelj (SLO) was a gold medal winner at the 1924 Games held in Paris and aged 97 was the oldest living Olympian. His medal came in the Horizontal Bar exercise in the gymnastics and as he made his way to join the other party guests, it was clear he had lost none of his spring and perhaps in recognition, all the other guests came over and shook him by the hand.

There was now only one thing needed to complete this party and that was the main guest, the Olympic Flame and right on schedule it arrived in the stadium but it didn’t enter via the usual manner. Oh no, it popped up right in the middle of the gathered athletes carried by Evander Holyfield, a native of the city and a bronze medal winner in the 1984 Games, He then handed it to Voula Patoulidou (GRE) and marking the connection between the ancient and modern Olympics the two run around the track until they come to Janet Evans (USA) who takes up the ramp that the athltes came down and presents it to the person who will light the cauldron. Cassius Clay, commonly known to the world as the greatest boxer ever to live, Muhammad Ali (USA) and a gold medal winner himself. The honour of lighting the cauldron is his and via a mechanical torch, it is sent up to the cauldron where the Olympic Flame is reignited celebrating a century of the modern Olympics. This is followed by the oaths to bring a moment of solemnity to the proceedings, and as the ceremony concludes with a rendition of the official song, the Olympic Spirits rise again and are pleased that a century later, the Games are still held and are respected by the world.