Opening Ceremonies of the 2004 Olympic Games 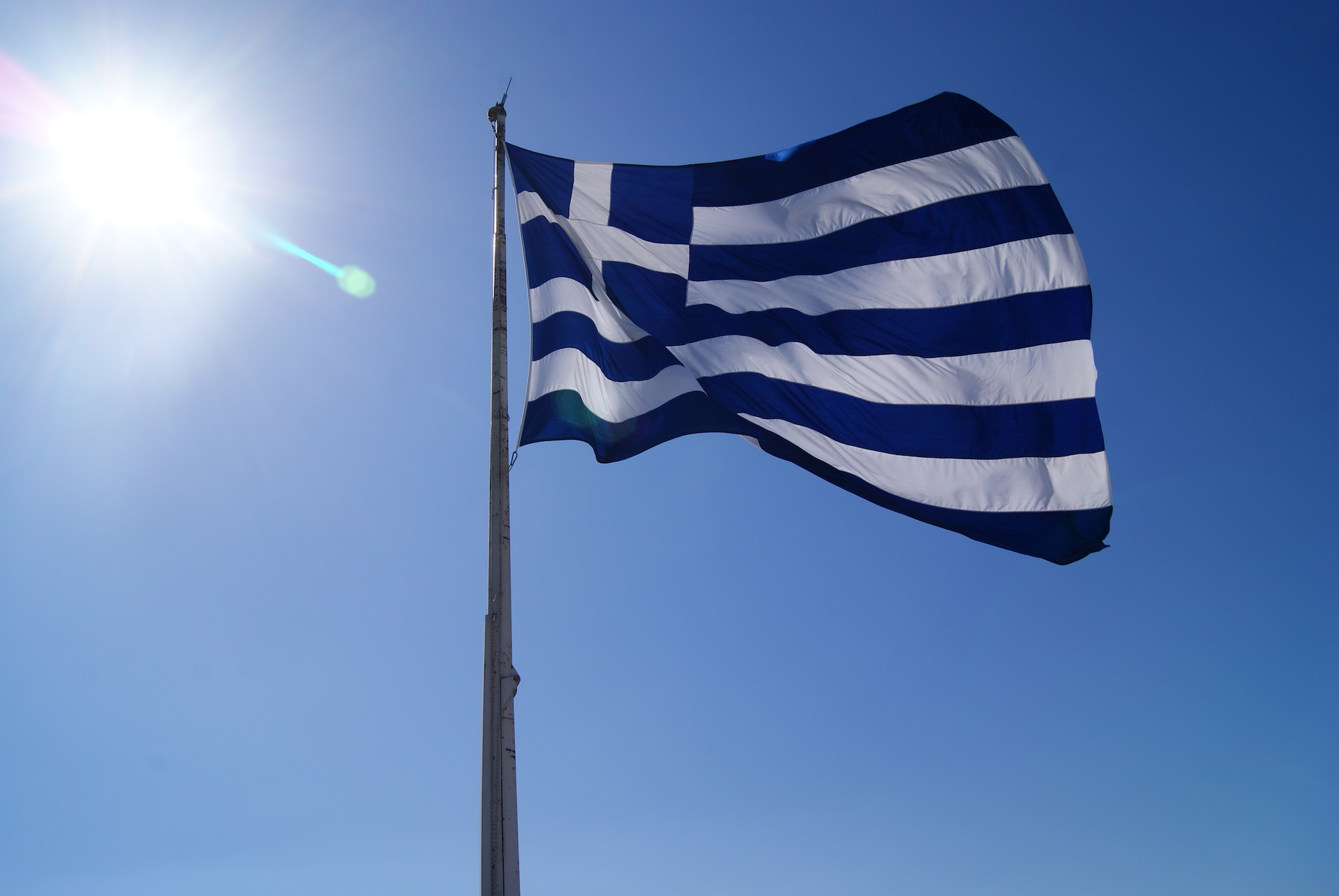 The Games of the 28th Olympiad of the Modern Era, Athens 2004, was very much a “Welcome Home” Games after all Athens had tried it’s darnest to convince the world that they should have been the hosts for the 1996 Games (to celebrate the Olympic century) and failing that convince them that they should hold the first Games of the new millennium, but now they had and they were going to let the world know exactly where the Games came from and boy, did they start off on the right tack with a collection of bouzoukis playing a zeimbekiko dance welcoming the world to Athens. It was a dance that was echoed through the centuries and across the country to the site of those Ancient Games, Olympia.

At the site of those Games stood a lonely drummer beating out a rhythm. Sensing that the modern world was there, he started to drum out a message and in the stadium that message was replied to by another solitary drummer. As the message drummed out over three thousand years and some two hundred miles in space, both drummers started to collaborate and soon the audience joined in and as both the ancient and modern Games became united, the gods sent a gift in the form of a comet that streaked down into the stadium and caused a fire to start that brought to life the emblem of the modern Games, the Olympic rings which prompted all the bouzoukis to start playing their dance again and with that start the ceremony proper. What made the rings being on fire even more special was the fact they were surrounded by water, and as they died out, a paper boat started to sail across the water being piloted by a small boy carrying the Greek national flag and he was going to meet three very special guests, the presidents of the organizing committee, the president of the IOC and the president of Greece and as the boat docked on the far side of the water, he handed it to the president of Greece and all four stood to watch the Greek flag being raised and the national anthem play.

Greece, as we all know, is the home of the ancient Games and legends that just ring with the morals of the Games, so Greece decides to give us a history of the nation and that history starts with a reading from the Nobel Laureate for literature in 1963, George Seferis “I woke with this marble head in my hands it exhausts my elbows and I don’t know where to put it down. It was falling into the dream as I was coming out of the dream so our life became one and it will be very difficult for it to separate again”. The Greek dream was, of course, hosting the Games and so a centaur, that mythical combination of man and horse, who taught the Greek legends of old, appeared in the waters and threw an enchanted spear that as it made contact with the water caused a sculpture of a face to appear in the style of the works seen in the middle of the third millennium BC, and on that face a circle appeared, then a triangle, a square, a pentagon, a hexagon, an octagon, and then various mathematical equations expressed as shapes. The early minds of the ancient Greeks were coming to terms with what they were and as that face split to reveal a statue from the 6thcentury BC that showed the human form as it was actually was, which in turn split to reveal a 5th century BC statue representing the birth of the city state of Athens and as that splits, a man is discovered astride a cube as the Athenians realised that the world around them had to be shaped like a cube and as he strode around this cube, the pieces of statue fell to the water and became the islands of Greece and with that Greece was born to the world.

Greece was born in the manner that a new life is born and as two lovers dash into the waters, the Greek god Eros helps them on their way and in doing so explores the rich history of Greece with the assistance of a clepsydra, a type of water clock. First of all are the Minoans from the island of Crete who excelled at the art of leaping over bulls, they were followed by the Mycenean civilization from the Bronze Age who were a fighting people but eventually they settled down and discovered geometry and it was the Geometric era that was the basis for the mascots of the Games who make their first appearance. Then came the Archaic period of Greek history, with the dedications to the gods and the desire to make the human body a suitable vessel to worship those gods. That is followed by the classical period and the rise of drama, the stories of the Greek heroes including that hero of the Olympics, Hercules, and of course those Ancient Games themselves proving that the body itself should become an ideal. Sadly those days do not last and it is soon the Byzantine period with that great military commander Alexander the Great leading the charge across the known world, which is followed by the traditional period and the Ezones, that respected military detachment whose famed pause mid step is recognised the world over. It is during this period that the national flag was created with the stripes showing the number of syllables in the cry of “Liberty or Death” during the war of Independence and the cross representing the Greek Orthodox Church. Then came the modern period, the rediscovery of the Olympic ideal, Captain Corelli’s mandolin, and at the end of the procession, today marked by a woman waiting for the touch of Eros. That touch sparked life in the woman and as she made her way towards the water, we were witness to the miracle of life. As she stood in the water, stars started to appear everywhere and slowly from the water the miracle of life emerged, the double helix of human DNA. All of the people of Greece stood and watched this miracle in awe and then, like that, it vanished into the womb of the woman thus continuing the cycle of life and in celebration, an olive tree emerged from the water and in doing so, called on the athletes of the world to gather.

Now, the more eagle eyed of you will have noticed a small problem. Greece traditionally enters the stadium first followed by the nations in alphabetical order of the host nation’s official language followed by the hosts so how does Greece enter the stadium twice? Simple, Pyrros Dimas, the flag bearer of Greece, represents Greece as the founder of the Olympics and then leads them around before returning to the Greek delegation (making him the only person in Olympic history to have the honour twice in the same Games) which enter to rousing cheers and a chant of “Hellas, Hellas, Hellas!” and as the athletes gathered in the centre of the stadium, the Icelandic born singer Bjork serenaded them with a composition entitled “Oceania” which in turn was followed by a salute from the astronauts onboard the International Space Station who proposed a new Olympic event for the first Olympics to be held in space, the 100m float. After which tribute was plaid to the past Olympic host cities and speeches were given by the president of the IOC and the organizing committee.

Then came the Olympic flag, borne by eight greats of Greek Olympicism with the Olympic hymn sung as it was raised. The athletes and judges swore the Olympic oath and then it was time for the Olympic Flame to finally return home and it entered the stadium to a rousing reception as six members of the Greek Olympic team past and present carried it around the stadium before passing it to Nikos Kaklamanakis who would have the honour of lighting the cauldron and as he ran towards the cauldron, perhaps realising that for once it was not the star, the cauldron shaped like the torch that had travelled the world, bowed in deference to the Olympic flame and having transferred the flame from the torch to the cauldron, the cauldron resumed its upright position the flame burning brightly as if to say “I’m home, the Olympic Flame burns over Athens once more!”